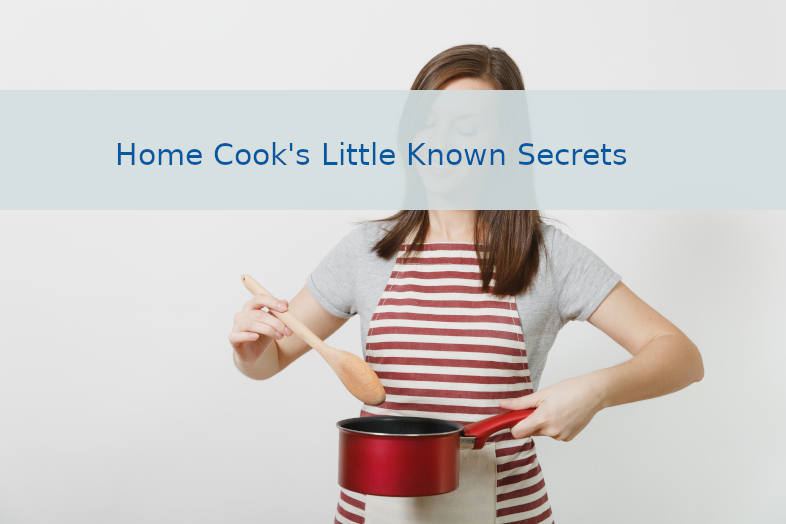 As a at home cook, chances are that you have been cooking for years and yet there is still more to learn. In this post we will discuss some of the lesser known tips from professional chefs that can help improve your cooking skills. These little-known secrets will not only make your life easier, but they’ll also help you create dishes that taste better than ever before!

Baking soda can be used to reduce the acidity of canned tomatoes. Simply add a pinch when you’re using these in your favorite recipes and it will take the edge off.

If you want crunchy French fries that are light, fluffy inside then double-fry them! The first fry should be around 300 degrees Fahrenheit while the second one needs to be at 375. This is a commonly known method, but not many home cooks know about the double-frying technique!

If you are making pasta sauce then it’s important that you don’t add oil to your slow cooker or crock pot . The olive oil will actually cling on top of the liquid and turn rancid as soon as it gets hot.

If you want to make the best pumpkin pie ever then consider this tip. You should use pureed fresh roasted pumpkins instead of canned pumpkin filling. The end result will be far superior, but it does require some extra work!

Soak your beans in water for at least 24 hours before cooking them. This is a very important step for making perfectly soft and delicious beans. If you don’t soak them then the final product will not be as nice.

If your soup is too salty or acidic, try adding potatoes . They can help to absorb some of that saltiness while also sweetening the taste at the same time! This tip works especially well for soups with tomatoes in them.

If you want to make a delicious broth then it’s important that the bones be roasted first. In most cases, this step won’t affect how well your broth tastes but it can make a big difference in terms of consistency and color! If you don’t roast them ahead of time they might not break down as much during cooking which would affect the final result.

If you are craving an amazing sandwich then it’s important that you toast your bread. The crunchiness of the exterior is a very important component of any fantastic sandwich! If you skip this step then it will just not taste as good.

One thing that most home cooks don’t consider when making their favorite recipes is variety. You should try to experiment with different herbs and spices in order to create the most delicious dishes possible! There are so many out there that finding new combinations can be really fun.

If you have never tried cooking fresh vegetables before then it’s time for a change! They taste much better than frozen or canned ones, but they take more effort since they need to be cooked on the stove. If you have a bit of extra time then it’s worth trying out!

If you want to cook some amazing ribs then this tip is for you. It’s best if they are first steamed and finished off in the oven . This will help them become tender, but also gives them an awesome crust.

Love thick and rich soups? Then you should try making them in your blender. Your soup will turn out absolutely amazing when made this way.

The key is to use more of the ingredients you want in your soup– adding butter or cream, for example– plus some chicken broth (or vegetable broth if you’re vegetarian). And then puree until it’s as smooth as silk!

When cooking meatballs or patties, don’t press down on them with a spatula while they’re frying! This method will cause all of the flavors to escape and it will also leave them feeling dry in the inside. Instead, just flip them when they are ready!

Pasta is one of the world’s most popular foods. It’s also one of the simplest to make at home. But there are a few tips you might not know, which can help turn your spaghetti dinners into something special. Here are 20 pasta secrets that even amateur cooks should know about:

1) Cook it al dente. The texture and flavor will be better if you cook pasta just until it becomes firm to the bite (about 8-11 minutes). Undercooked pasta turns mushy when mixed with sauce; overcooked noodles become tough and dry.

2) Don’t rinse your cooked pasta in cold water or toss it with oil before cooking; this washes away all its natural oils, causing it to lose flavor and become mushy. It also separates the pasta from its sauce, making a mess of your dish.

3)To make amazing pasta then you should always use plenty of water. This is because fresh noodles cook much faster than dried ones do which means that too little water could result in burnt or unevenly cooked food.

4)When cooking pasta, add the salt after the water has already started boiling. If you add it earlier then it will actually begin to break down and dissolve which can result in a metallic taste!

The final tip we have for you is to use a thermometer. If your meat isn’t properly cooked then it could make everyone sick. This simple kitchen utensil can help prevent those problems from happening and ensure that the food you serve will be as safe as possible!

Scroll back to top